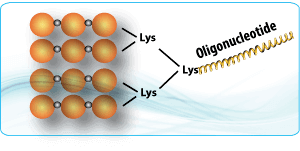 Multiple Antigenic Peptides (MAPs) are peptides that are branched artificially, in which Lys residues are used as the scaffolding core to support the formation ≤8 branches with varying or the same peptide sequences. Multiple Antigen Peptides have been used to produce antibodies for use in immunological studies. MAPs have a high molar ratio of the peptide antigen to the core molecule, and no carrier protein is needed to elicit an antibody response.

Some native peptides render naturally low immunological responses. However, concentrating such peptides in branched forms increases the immunological response dramatically when they are injected into animals. Generally, an immunogen sized ≥10,000 Da is required. In addition, use of the four-branch MAP resin is recommended for peptides that contain >20 residues, whereas an eight-branch MAP resin is recommended for those with ≤15 residues.

Standard SPSS can be used to synthesize MAPs. This process involves anchoring Boc-Lys(Boc)-OH to a resin, followed by the sequential treatment with TFA, deprotection, coupling, and deprotection cycles. The peptides to be used in immunological studies are then synthesized on each branch.

There are no known branched proteins in nature. However, the synthesis of MAP can be problematic. The strict spacing between each of the eight branches might lead to aggregation of the peptides on the resin, and could result in low coupling yields and peptide deletions.

The PeptideSyn technology used by LifeTein overcomes this problem using a chemical ligation strategy, which allows production of the desired peptide dendrimer at an increased yield. The branched structures could then form an increased molecular weight protein to elicit an immunogenic response. 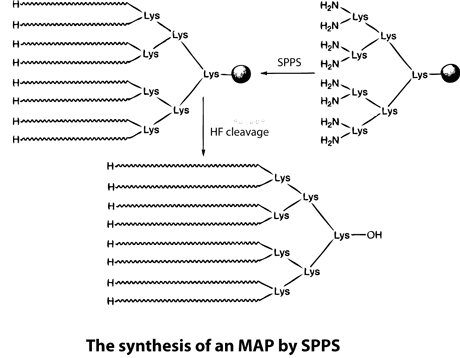 MAP vs. a peptide with a carrier protein

The peptide dendrimers prepared by solid phase peptide synthesis serve as promising substitutes for commercially available spherical dendrimers. The peptide dendrimers are used as an array of cationic groups for effective interaction with anionic DNA or RNA. The branched cell penetration peptides are used to promote cell membrane association, entry, exit or partitioning. The specific peptide sequence can be used to target ligands, e.g., GLP1, RGD-peptide, TAT, and lipids, for cell-specific recognition, binding, and internalization of cargo. This hybrid system promotes self-assembly into secondary structures, such as micelles. The peptide dendrimer micelle provides an added protection to therapeutics, such as nucleic acids from the abundance of nucleases. 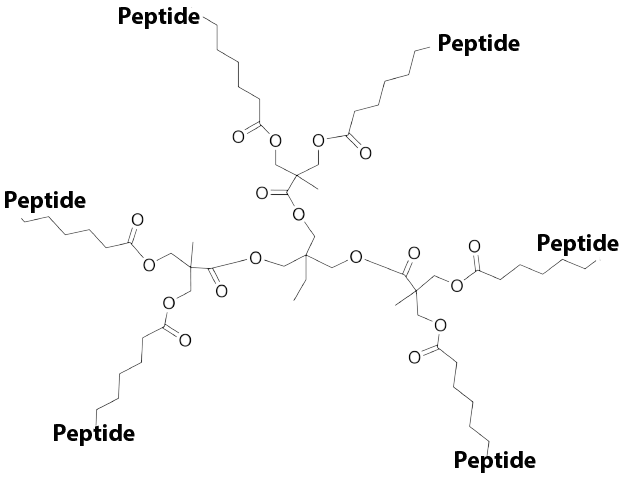