Amino acids are molecules that contain an amine group, a carboxylic acid group, and a side-chain that varies among amino acids. The key elements of an amino acid are carbon, hydrogen, oxygen, and nitrogen. R stands for the 20 possible different side chains. The R group might be as simple as a hydrogen atom, or as complex as a carbon chain with functional groups. The physical and chemical properties of the R side chains determine the unique characteristics and functions of each particular amino acid, and thus the entire protein.

The Function of Amino Acids in a Protein Structure

Amino acids can be classified according to: 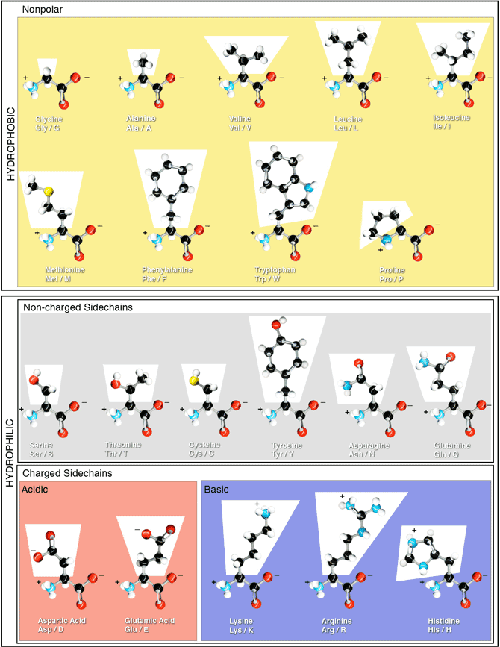